The Only Answer For Mass Shooters, In The Past, Now, Forever

I've watched mass shootings and mass shooters, listened to the diatribe by all 'solution-givers' from 'expert', to news, to religious.

Nothing anybody has offered has ever stopped them, from either a secular or religious standpoint. 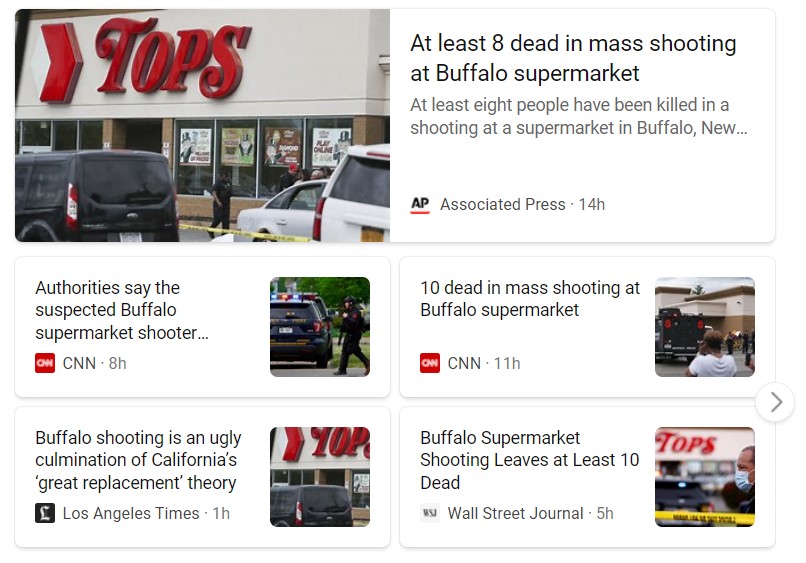 There is one answer, and one answer only, for anybody who wants to live through a mass shooting.

Do the one thing that gives you the best chance (not insurance - an chance) of survival.

Be Ready To Shoot Back

I wonder if multiple citizens who were armed could have stopped this lost-mind, murderous, human mongrel, from piling up ten (10) dead bodies.

The armed security guard tried, and lost. Meaning he lost his life. Then the killer went on to kill 10 innocent people, and wound several others.

So, what do you have to do to survive? SHOOT BACK FOR GOD'S SAKE!!!!

But wait, this is New York, where generally murderous criminals are the most likely people to be armed. It's illegal for most people in the state. In New York, even driving a firearm across the state line can result in a felony charge and conviction.

But in those instances, when a person who has so lost their mind that they have no more concept of evil, death, and destruction, than the worst criminals in history, begin to randomly kill people, only one thing will stop the body count.

They must be made as dead as the innocent victims they are attempting to make dead, in their insanity.

If that shooter sees, and lines up on them, SHOOTING BACK is the only hope for people to survive. They have to shoot back, and shoot before he gets off his next shot.

But that requires training. And it takes practicing the training, to stay ready for a deadly encounter with a murderous monster.

STARTLING FACT: You can either be ready to survive, or ready to die, wherever you go, that people gather in significant numbers.

Be ready to survive by training and practicing with your handgun. Then making sure that handgun is with you all the time. Screw the anti-gun laws of your state.

Don't let them get you killed.

Or be ready to die, by just disregarding the gun you own. Disregarding getting the one you have been 'thinking about'. Blowing off training and practice, because after all, when it comes to practicing with your handgun.....

Fact is, nothing you fill in the blanks with, will prepare you to defend your life, your family, friends, or innocent bystanders, from mass murderers if you don't fulfill your responsibility to be armed and ready.

READY TO SHOOT BACK