Eventually there will be multiple reviews on the Taurus G3 pistol on this page. Below, is the first review, with the gun new from the box, cleaned and prepped for shooting.

My standard for comparison testing is three other 9mm guns I own: A Remington RP9, Canik TP9SF, and Smith and Wesson M2.0. Two of those guns also came in at a low price point.

All dependably shoot all 5 types of ammo in this review.

The Taurus G3 9mm pistol, is, not surprisingly, rapidly becoming one of the more popular pistols across the U.S. On the tail of the G2 series, it has been showing a lot of promise.

Unfortunately for this one being reviewed, it is not one of the ones that could be making the gun popular.

I'm not unboxing here, and giving stats. You can find all that in a thousand other places.

I'm going to be short and precise to keep from being tedious.

If you'd like to watch the video below, it's loooooonnnngggg. Almost a half hour. Nothing left out. You'll likely be scrolling through to find what went wrong with the gun.

If you would rather watch the Taurus G3 video on YouTube where you can subscribe to my channel and get notices of further videos, please feel free to do that also. The link will open in a separate tab, so you can both watch the video, and read here for the reference. 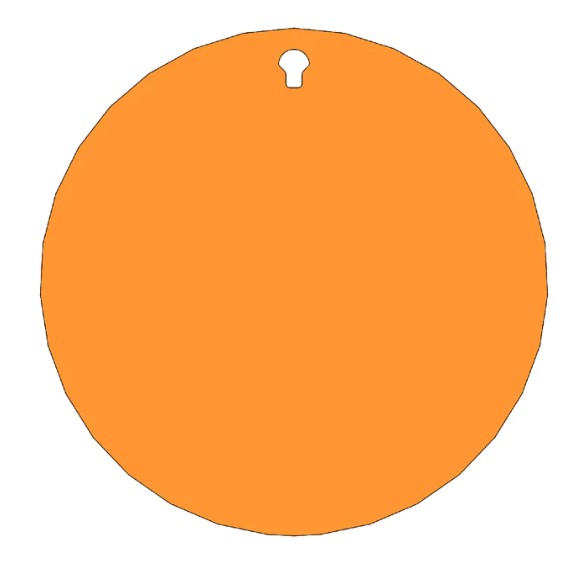 In either orange or raw steel (recommmended).

At XSteel use my discount code: MARKCGO for 10% off any regular order. 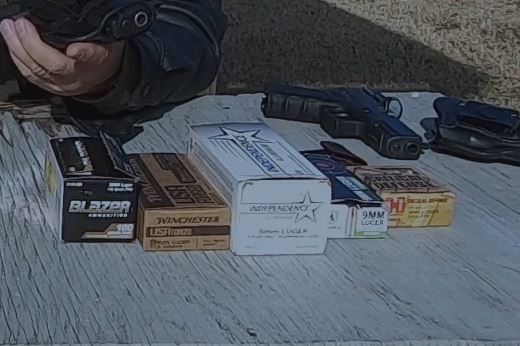 Sorry for the quality of some of these pictures. They are screen shots from video taken in very difficult lighting conditions.

I lined the gun up on some targets at only about 9 feet out, to get a feel for the gun, and establish a quick point of impact.

The picture shows how each cartridge type performed, firing 5 of each at the targets. No problems with any ammo type at this early stage. 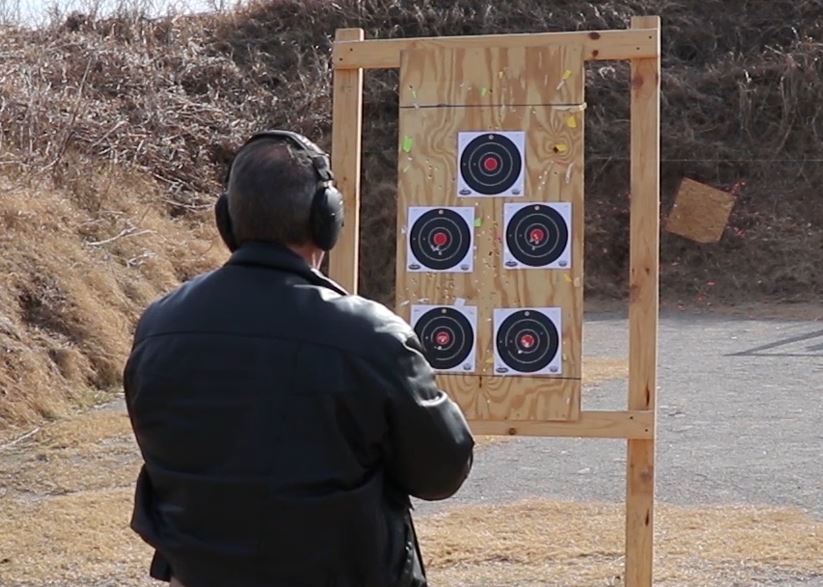 Initially, this was the ammo I used to test the general action, how well I could shoot it, and test for any failure.

The gun went through 100 rounds of Blazer Brass beautifully, in slow fire, medium fire, and final rapid fire at a steel silhouetted. That was where it showed real potential. 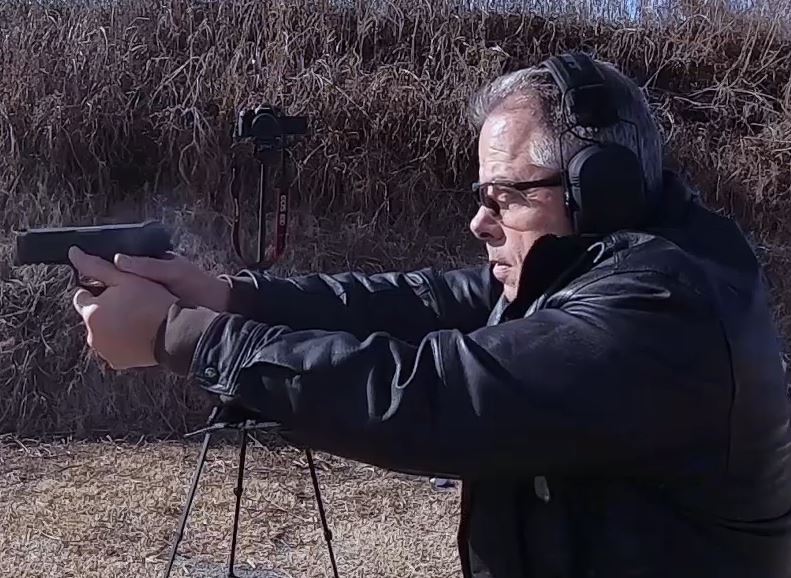 The pistol shot Independence 115 grain ball ammo fine, as far as dependability, and accuracy. No failures.

Downside: 100% of the aluminun shell casings from 100 rounds landed on my head, shoulders and chest. 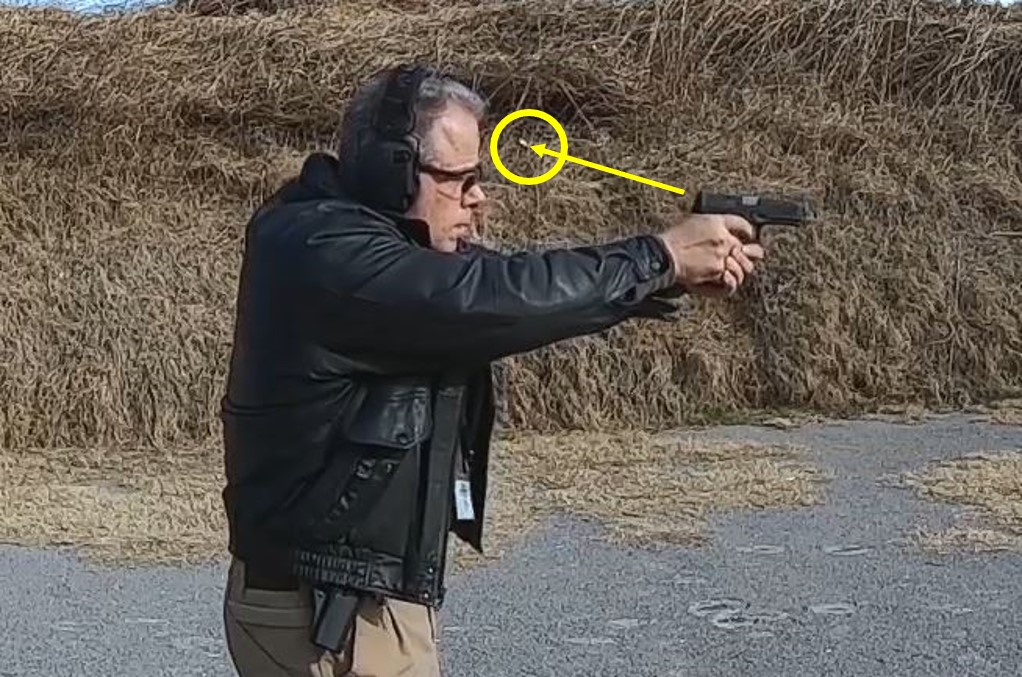 This ammo was ok as far as accuracy. No problem with aim and point of impact.

Problem: 3 Failures to feed between slow, distance firing and one hand firing at closer range. 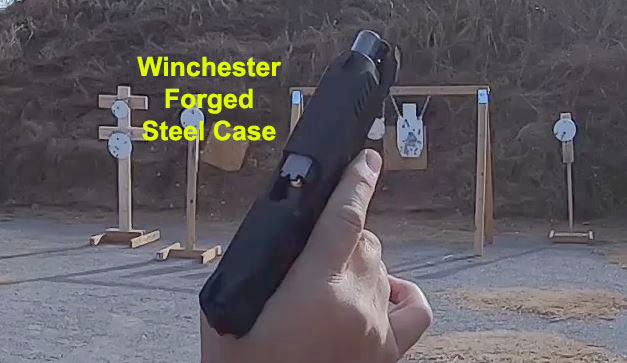 Over and over, jams would occur, with the bullet stuck against the side of the barrel instead of loading. Used up 50 rounds of the Monarch, with failures every few shots. 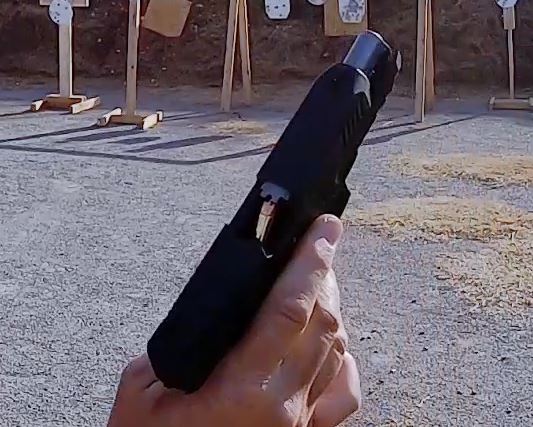 With some failures, the bullet never pushed up to load. They just stuck at the lower edge of the feed ramp and wouldn't move. 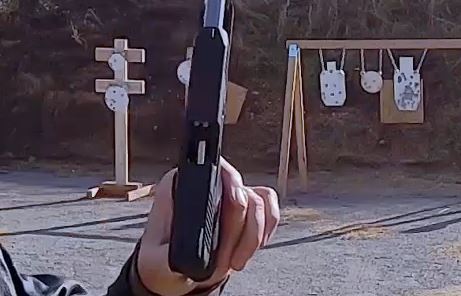 For each of these failures, the magazine had to be dropped, round removed, magazine reinserted.

I won't bore you here by showing you identical pictures to the one just above. In only 20 rounds of Hornady, the gun failed to feed several times, with the situation shown. The spent case ejected, next round stuck at the bottom of the feed ramp, without moving up.

Conclusion on this First Review of the Taurus G3:

All gun reviews are anecdotes. This is one gun in one review. But it was overall, a disappointing result from a gun I expected better from.

It's not the end of it. With it being a gun new, out of the box for this first review, I'll work with it some more. See if there is anything definable that will cure the issue.

But for a new tactical striker fired handgun, taken from the box, cleaned, lubed, and made ready, it was a gun that failed in the most critical area.

Not just in failures with 3 of 5 different ammo types.

But specifically, failure with self defense ammo. Failures that make the gun useless for real world carry and self defense if not resolved.

After the first range session and review, I took steps to improve what could be affecting the failures to feed.

A very sharp edged feed ramp, that is compounded by a deep curve and sharp points, may have been part of the problem. To ensure that was not an issue I took the following steps:

I put the barrel of my gun in a vice and took some rolled 600 grit automotive sandpaper to the ramp. I gently slid it over the sharp lower edge, and into the ramp itself. Following that, I took a rotary tool and rubbing compound to further smooth the surface.

Finally I finished the ramp by rotary polishing to a mirror finish with chrome polish.

I tried several more types of ammo, with about the same failure rate as the first test.

That said, there was improved performance with two types of hollow points, but one failure with a third premium hollow point.

The video below gives the details.

As much as people tried to divert the reason for the gun failing miserably with 5 types of ammo, it was clear it was "ammo selective" to put it nicely.

What's ironic is that the gun is actually usable. It will perform 100% with enough types of ammo to put it to moderate real world use, and is certainly suitable for a range, and training gun.

Overall, I would like to have given the gun an A+ rating.

But the best I can do is label it substandard in tolerances for a wide variety of ammo.