The first step in stopping mass shooters is a realization among people that nobody in government is going to get it done.

Not just spiritually. But physically, should it be necessary.

And that means being ready to do whatever is necessary should a shooting breakout where we are.

While I'm focusing on Christians here, obviously, this should apply to every responsible gun owner in the U.S. 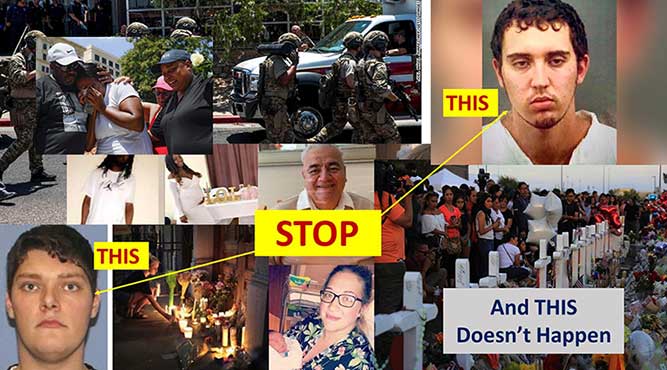 Scrolling through Facebook this morning, I'm encouraged by the posts I'm seeing by people who are committing to be "protectors" with their firearms.

Every day people going about their business with their families, jobs, responsibilities. Just going about life like most of us do.

Saying, "I'll step up if deadly chaos breaks out."

Most people, no matter how much they shoot, or how much they train for multiple scenarios, do not really know how they would fare in a sudden firefight with bullets flying.

But they're willing to take that risk.

Stopping Mass Shooters Must Be Based On Reality

Not more of the same nausea inducing discussion of every imaginable entity within government, philosophical ideologies, medical evaluation, and sadly, even religion.

None of it has stopped mass shootings. Or reduced them.

The Deadly Consequence Of Not Taking Action

If people don't step up to the line right now, there is no hope.

The body-stacking monsters that set the media world on fire, give politicians great campaign opportunities, more opportunities to criticize or blame the president, call for more gun control, and provide fodder for more sermons ........

They just get to keep doing what they do.

For me, going forward, my life philosophy is going to be "Don't preach to me unless you plan on doing something."

I've got too much to do to listen to any more of what has never, and will never work to stop mass shooters.

Mass shootings. We don't need to hear more sermons about a Godless society.

Fact is, there are churches within spitting distance of each other in every town and city in America.

All those people haven't rejected God in some kind of hypocritical ritual of attendance without conviction.

There are millions of people across the country who love and serve God faithfully. They pray for our nation.

And have been for decades.

When they happen we don't need a bunch of sermons on, and memes quoting 2 Chronicles 7:14.

Because America is a melting pot of religion and no religion. Not everybody in America has turned wicked, forsaken God, or done anything to "deserve" the penalty of mass shootings.

The Necessary Course Of Action For Christians And Other Gun Owners

No, what we need is for people to continue to pray. Continue to spread the gospel as Christians.

But we also need some of them to get a gun. Learn to use it.

Then step up to the role of a protector.

We've proven for 40 years that nothing prevents mass shootings.

What stops the shooters is them running out of ammo, causing them to kill themselves; or police showing up and shooting them after a crowd is already dead.

My Role: You just read it. Make sure this message stays public until I no longer have the ability to function.

And to make sure I'm ready along with everybody else.

It's on us now. It's time for our tagline about mass shootings to be:

"Prepare to stop them now; or shut up." 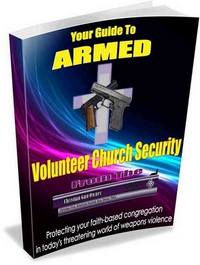