Nobody Is Protecting Our School Kids From Mass Shooters

If you expect law enforcement to protect your kids while they're in school, you might want to look again. 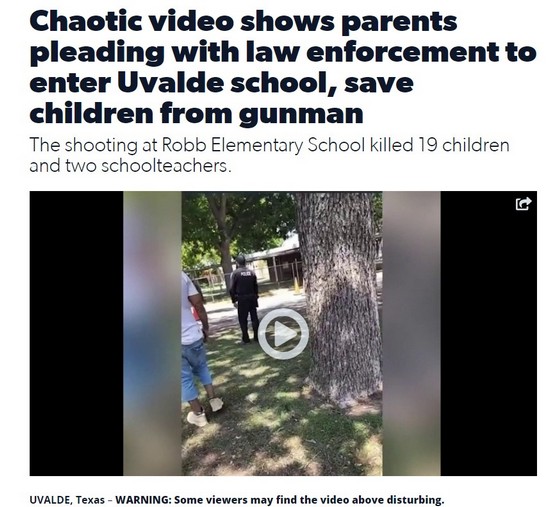 The epitome of stupid is people who have little or no first hand experience with firearms, telling people who are expert in their use, how they should be used, what should be done with them, and why they should never be used to protect schools.

A few examples of the blathering of fools:

"Kids shouldn't have to be around more guns."
"Somebody could get shot by somebody who is not well-trained."
"We need to get rid of the guns."
"There was a resource officer (or) security guard (or) [whoever with a gun here] and it didn't do any good." 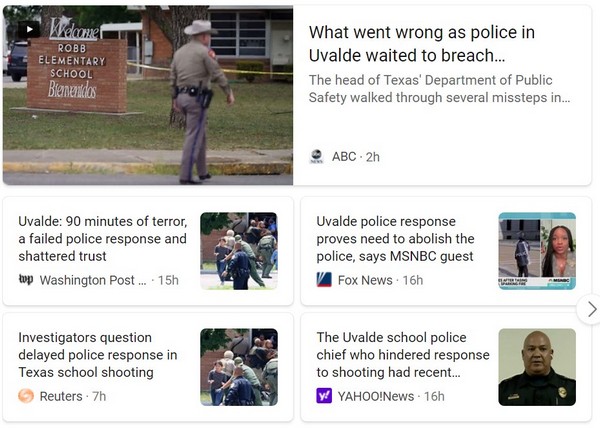 Now look at those, that are just samples of the inane, mindless blathering of gun-haters. 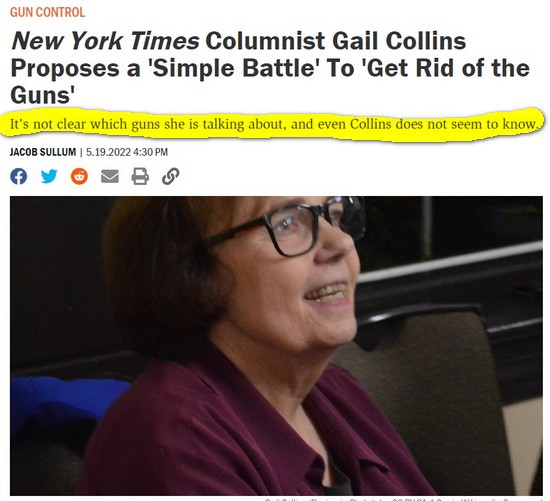 What we have just seen in Uvalde, Texas is the result of an unsecured school, just handed over a mass shooter. 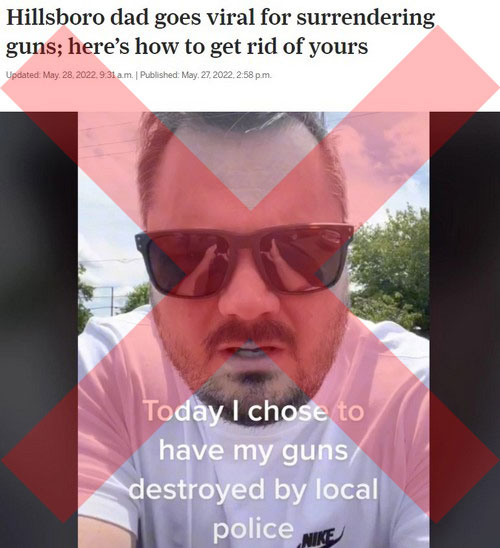 But the result of an unsecured elementary school, and ONE shooter. Period.

Until we deal with that ONE issue, it will not stop, or even slow down. No matter what else is attempted.

What We Know Now, About The Uvalde School Shooting

>When approaching and entering the school, the gunman was not met with any resistance.

>When going to enter, he found a door that had been left propped open by a teacher.

>When he made his way inside, the killer entered the first unlocked classroom to his left, an adjoining room filled with 3rd and 4th grade students.

>Dozens of law enforcement personnel outside, 19 LEOs that had taken a position inside the building. While the gunman was shooting and killing little kids in the classroom.

Law enforcement present would have brought several hundred weapons to the scene. 1 (one) murderous punk with one rifle killed all the students, with nobody stopping him. 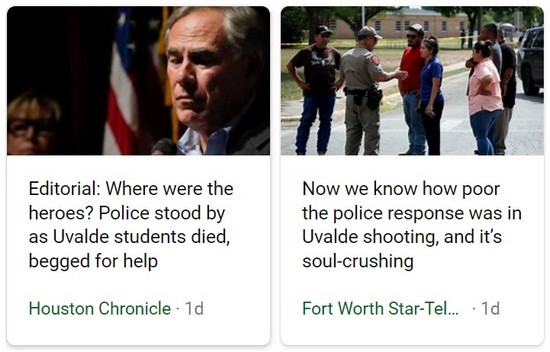 >With local police, county sheriff's deputies, state police, federal officials, and officers from the Department of Public Safety present, nobody moved to save the kids from being killed.

For one hour no LE personnel did anything but look.

Until border patrol agents showed up, took the lead, breached the door to the room, and killed the shooter.

After 19 elementary school students were dead.

So, for those who know nothing about what you're referring to when dealing with firearms, and their necessary use, disappear under a rock.

We'll Live With School Shootings Unless .......

What we have just seen is what we're all consigned to, for every school in the nation, that is not adequately secured, with armed personnel, ready to shoot and kill if necessary.

Ready first, to keep any armed intruder out of the schools.

Ready second, to end that person's existence on earth, if they make it in with a weapon.

Who are the people who resist hard security at our nations schools?

The crying, sniveling, blathering about teachers becoming 'combatants', and indignant wailing about kids being exposed to 'more guns', removes all options, except facing the barrel of a killer's gun, with the kind of 'rescue' demonstrated from law enforcement at Robb Elementary school.

If you're just somebody who can't bring your crying, pants-wetting self to help adequately secure schools; then just get out of the way, and go hide.

What Hasn't Worked vs. What Will (Or at least has a chance)

While we're trying to work out all the useless physical, political, social, and religious methods that have failed for 40 years, somebody is getting ready to kill more people right now.

To focus on one thing. Stopping the murderer before he can even enter the school.

And in lieu of that, end his existence if he breaches the school barriers, and begins shooting, before his carnage can ensue.

Perfect solution? No. But the ONLY solution.

And far better than the alternative. Obviously.