I started to really teach Jacquilyn to shoot when she was around 15. She showed a sudden interest, began to ask a friend to go with us, and wanted to shoot "everything" (we owned). She turned into an exceptionally competent, and precise gun handler. 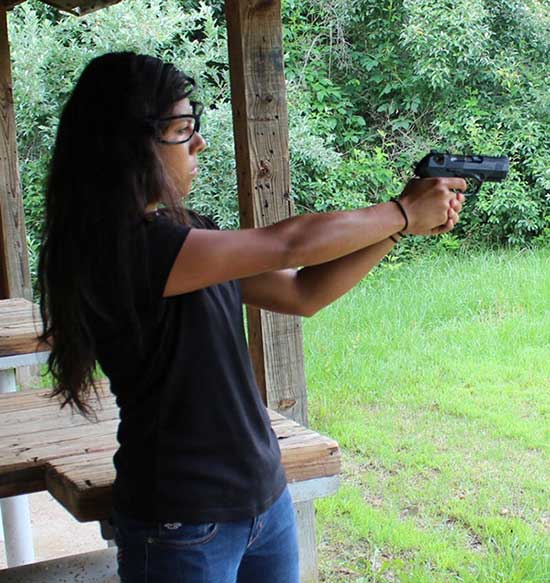 But her shooting was erratic with handguns. No matter how skilled she was with handling the guns, the dependably accurate defensive shooting I tried to instill in her somehow didn't catch on. She tried and struggled and tried some more.

About 3 months before this was written, it suddenly clicked. At the Old Fort Gun Club in Western Arkansas we were shooting some some plain paper, and silhouette targets. 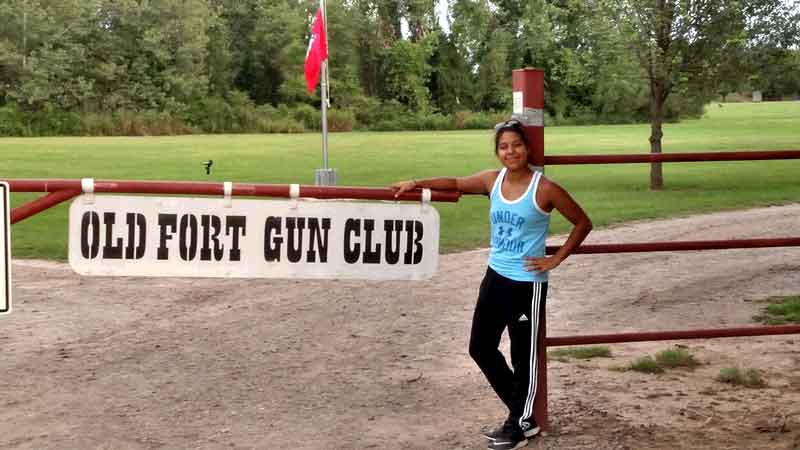 All of a sudden, Jacquilyn became deadly. We were concentrating on defensive shooting. No bullseye aiming. Just hit in the paper or broad area of the silhouette.

She did it. Over and over. Hundreds of rounds through 4 handguns. All of a sudden she had it.

Several more range sessions proved that one wasn't a fluke. She had put together the ingredients of some years of practice and instruction, and  was putting the rounds where they counted.

My Worst Moment Teaching My Daughter To Shoot

Then came my interference in what I had been working hard to see her succeed at.

I knew she was wanting to get her concealed carry permit. Being familiar with the business where she would likely go through the class, I had her go with me to the gun club to practice for it.

With plenty of instruction in my head, including about how far back they would have her stand, and how she would have to perform.

I went in to the range with the CC license in mind; not my daughters hard fought shooting success.

And it was a disastrous reversal of what she had exhibited for the last few range sessions. She barely hit paper. Shot 4 guns. All pretty poor results being completely off the paper in many cases.

What was wrong with her?

What was wrong was ME!!

In all my experience and wisdom, I stupidly put her in reverse.

We went home with her somewhat dejected and somewhat disappointed and irritated. No doubt.

Here is a good place for my public apology.

So a few weeks went by. We didn't do much, but I knew accomplishing getting her CC permit was BIG to her.

I thought about what I was doing wrong. Because I realized it was me, not her.

So, one day she came in when I wasn't even remotely interested in shooting, and said, "So, you want to go to the range?"

I had worked all day, had an injured ankle, was tired.

But I knew that was my (and her) invitation to redemption.

I loaded targets, ammo, guns, target stands, ear protection, eye protection, in my truck. And I said to her, "It's your day. You set up the targets the way you want. You shoot from the distance you want. We'll take 2 guns (she only shot one), either of which you might use for your CC class.

We went to the range and I kept my word. It was her day. I followed her instructions. Colored paper targets. Silhouettes. Her decision on how far to shoot from.

After about 150 rounds through one .40 cal handgun (Stoeger Cougar), she easily did as well as any time I had done something under similar conditions.

She NAILED it shooting! With her own knowledge, adjustments, already excellent gun handling, and with me out of the way. 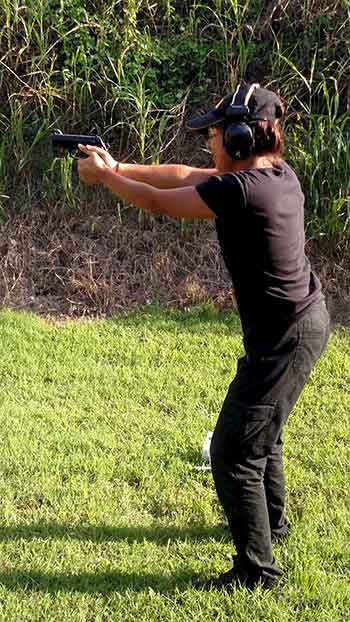 We don't do much slow, bullseye shooting any more. This was shooting at center mass, not in rapid fire, but as fast as she could fire and get the gun leveled again. Quick enough to stop any attacker with a full magazine.

I never pulled the trigger on a single shot in this range session.

All HER. None of ME. 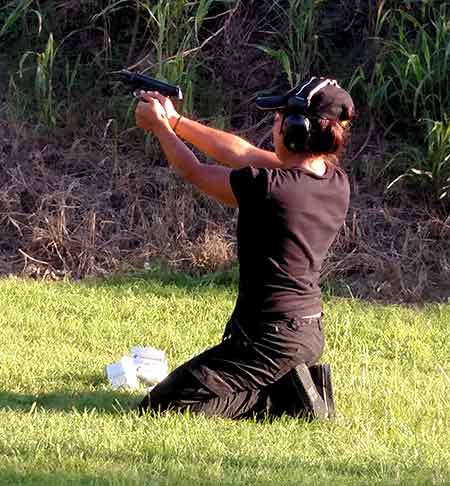 Recognizing The Time To Move Aside

We came to a place where Jacquilyn had reached a level of understanding, maturity, and skill to shoot in ways that proved she was ready to not just own, but carry a handgun.

She made decisions. She set up. She made the shots. On her own. Without me telling her what to do.

And when a couple of minor gun function issues came up: She handled them.

Is it your time to admit you no longer need to shoot for your kids?

Admittedly, my daughter (now 22) is ready for this.

Are you ready to admit yours is too?

Then get out of the way and let em' demonstrate everything you taught them.

Yeah, it's a big reward for us too.