Gun Control Puts Power in the Hands of Criminals

As to the issue of gun control, I am resisting the urge to amass a truck load of statistics to support my views of government restrictions on firearms for law abiding citizens. There are tens of thousands of statistics pages concerning this issue without me creating one more.

My approach here is to simply use a plain, real world (because that’s where I live – I am not a statistic) and common sense approach. I am a private citizen like I suspect most of the people visiting this site are.

And, I am responsible for my and my family’s safety knowing that if I am confronted with criminal activity, the police will not be there to protect me or mine.

Our Obligation To Be Ready For Self Defense

As a Christian gun owner, I realize a God given right and obligation to defend myself and my family aside from any assistance by civil government servants that will show up after the fact. As an American gun owner, I understand gun control by the government to be in violation of the U.S. Constitution and Bill of Rights and their original intent.

Now that the obligatory “what I have a right to do” is taken care of, let’s get down to where we live. I live in Fort Smith, Arkansas – not exactly the crime capital of the world, but we have our share of rather regular assaults, home invasions, child abductions, robberies, murders, etc.

Gang activity found it’s way to Fort Smith a couple of decades ago, but with sufficient police attention on the front end, the gangs that are here are wannabes that are more dangerous to each other than to anybody else.

Killers Not Concerned With Bystanders

Less than a mile from the church I attend with my family, a man was killed at a Wal Mart Super Center in the parking lot by another man with a gun. The killing was right by the automotive department, and sent the crew scurrying.

Thankfully, the gunman fled instead of turning the gun on others. But what if he had? A regular occurrence in this country including Arkansas, is for insane individuals to go on shooting sprees in public places.

And always, people end up dead and grievously injured before the police show up. While the police “secure the perimeter” people die. The answer of our governments in many states and cities is more gun control. 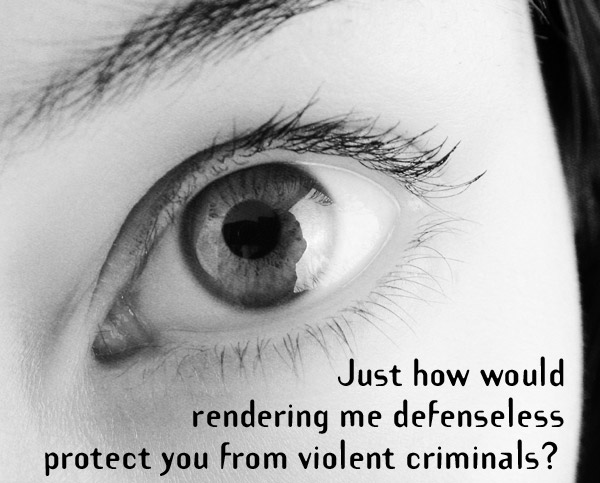 To Gun Control Advocates Only

Now at this point in my commentary, anyone like minded is not having any problem with any of this.

But if you are a gun control advocate, let me pose some questions to you here. If you, being pro gun control (meaning you believe that no one including law abiding citizens should carry guns), are strong in your conviction, you should not have anything to do with carrying or handling a gun in public.

Here are the questions. If you and/or your family were being assaulted and outnumbered or if you were trapped in an environment with a person on a shooting rampage and I came by and offered to loan you my gun, would you use it? What if your home was being invaded by armed intruders? Would you rather take them on with a household object? 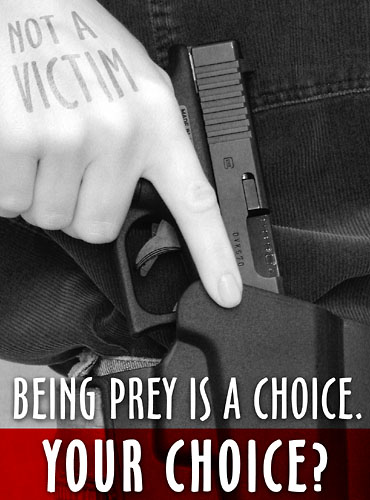 You see, it’s real easy to find and throw around sterile statistics that mean nothing when confronted with real world situations. Situations in which your or your family’s lives are in danger.

People who have been gun control advocates and experience violent crime themselves typically change their views on gun ownership and use….if it’s not too late, and they’re not dead from their encounter.

In any place except the fantasy world of gun control twinks, the real world does not have mercy on us nor are we protected by our government servants. In the vast majority of cases, where people are faced with criminal activity, the only thing they will have to depend on will be themselves, whatever skills they possess and whatever tools they have available.

In the real world in which we live, the most effective deterrent and weapon of use is a gun. Not that it is a cure all, but a gun in the hands of even a minimally trained user certainly increases the odds that the person will escape from or stop a violent assault.

That is the right and responsibility of every American.

HOW MUCH HELP IS THE GOVERNMENT?

Every time someone in this country goes on a shooting spree, assaults someone, invades a home and murders the inhabitants, or engages in the violation of a person’s property, life and liberty, there is a need for self defense.

In any state or city where the citizens are disarmed, the blame for the outcome of these violent acts must be partly shared by the politicians who have disarmed the law abiding.

When Politicians Were Forced To Listen

On October 16th, 1991, as Suzanne Gratia and her elderly parents sat eating lunch in a Luby’s cafeteria in Killeen, Texas a madman (George Hennard) drove his truck through the front window. He got out and began shooting patrons.

After turning over their table for protection while they planned what to do next, Gratia’s father, a war veteran, decided to rush Hennard, to no avail. Hennard heard him coming and shot him in the chest. When Gratia’s mother ran to her mortally wounded husband, Hennard put the gun to her head and pulled the trigger.

During the early part of the assault, Suzanne had reached into her purse to retrieve her (illegally carried) .38 revolver but discovered she had removed it and left it in her car. Because at that time in Texas, it was illegal to carry a handgun for self defense, her caution left her defenseless as were all the people in the restaurant.

In mid February, 1992, Gratia met with the Texas state legislature where she testified (speaking of the death of her parents).

“I blame those legislators who deny me the right to defend myself.”

Suzanne Gratia left no doubt who was to blame for her helplessness when she was put in a situation where someone was determined to take lives. The police arrival was after 22 people were already dead – so much for the police ability to defend us.

Multiple versions of this grotesque scenario have played out many times now, over the last 25 years in mass shootings all over the U.S.Mass shootings where the police showed up in time to take a body count.

Since that time a groundswell of support has grown for legal concealed carry of handguns by private law-abiding citizens. At this writing most U.S. states now have shall-issue laws enabling law abiding citizens to carry concealed handguns for self defense.

Again, for gun control advocates, if George Hennard was approaching you to kill you, and I offered to let you use my handgun, would you take it? Or would your answer be “no thanks, I’ll just wait for the police”?

Leave the world of the gun control twinks and come into the real world with the rest of us.