Just a few of the mass of "So much ...." statements I see made online. Made by people distressed and wringing their hands over the condition of the world. So indignant that it shows up on Facebook, YouTube, Twitter, Instagram, etc. 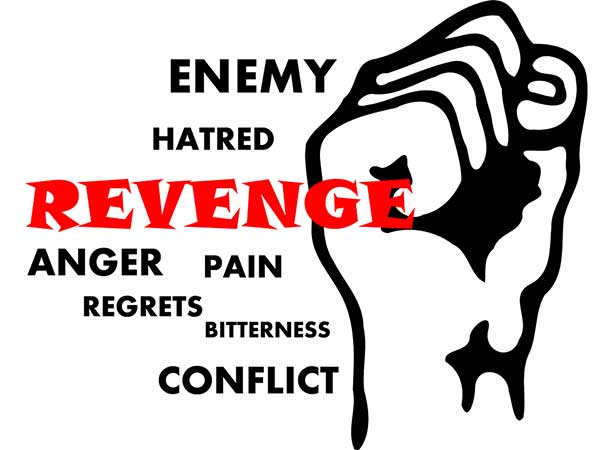 Indignant that they have to see it. Distressed that it seems to infiltrate their personal space on social media.

Here's a reality check. All that stuff listed at the top has always been here.

When I was growing up, and as a young adult, we turned on the news at 6 p.m. and watched for an hour. We tuned in again at 10 p.m. for 30 minutes. That's how we watched news and found out how, where, and when things that contain the list above happened.

Then it was gone.

If you were ambitious, a bit more studious, and determined to get more details you could read a daily newspaper. When you did that, you were reading the tv news reports from yesterday, with the ability to read until you really understood the report. Maybe.

Once per month, you could get TIME or Newsweek or some other national news publication.

The difference today is that we all get every bit of it in real time from one side of the world to the other. The difference is the technology that allows it to go, at warp speed, all over a town, state, country, or around the world overnight.

It's all right in front of us.

Digitally connect all those, and we have what we've got today. Right in our face, 24/7 no matter where we tune in.

Evil Is Not New In The 21st Century

This Is How The Apostle Paul Described The Progression Of Evil

Rom 1:26  For this reason God gave them over to degrading passions; for their women exchanged the natural function for that which is unnatural,
Rom 1:27  and in the same way also the men abandoned the natural function of the woman and burned in their desire toward one another, men with men committing indecent acts and receiving in their own persons the due penalty of their error.
Rom 1:28  And just as they did not see fit to acknowledge God any longer, God gave them over to a depraved mind, to do those things which are not proper,
Rom 1:29  being filled with all unrighteousness, wickedness, greed, evil; full of envy, murder, strife, deceit, malice; they are gossips,
Rom 1:30  slanderers, haters of God, insolent, arrogant, boastful, inventors of evil, disobedient to parents,
Rom 1:31 without understanding, untrustworthy, unloving, unmerciful;
Rom 1:32  and although they know the ordinance of God, that those who practice such things are worthy of death, they not only do the same, but also give hearty approval to those who practice them

Paul wrote all that in the 1st century, and referred to it as something that had already happened, and was well entrenched in mankind.

Evil has always been present. Evil propagates the others, resulting in the severe physical violence we see in our country today. To Christians, this shouldn't be a big surprise.

When Jesus's disciples asked what the sign of his coming and the end of the age would be, this was His response:

are not frightened, for those things must take place, but that is not yet the

For nation will rise against nation, and kingdom against kingdom, and in

various places there will be famines and earthquakes. But all these things

are merely the beginning of birth pangs.

Then they will deliver you to tribulation, and will kill you, and you will be

hated by all nations because of My name. At that time many will fall away and

Many false prophets will arise and will mislead many.

Because lawlessness is increased, most people's love will grow cold."] ~NASB

How Long Will It All Continue?

Until Jesus returns to this earth to rule and reign, we live in this fallen world with all of it. And we are virtually forced to see and hear all of it, every day, just going about our lives.

I continue to maintain the presence, "Christian Gun Owner" through this website by that name. To many that's a conflict of interest. That is generally by people who don't follow it through to a conclusion that is Biblical.

"Christian" describes what I am and what I believe.

"Gun Owner" acknowledges the world we live in and the necessity of locking our doors, putting on our seat belts, holding our kids' hands in crowded places, setting our alarms, calling the police when necessary, and yes, personally protecting ourselves from criminals in our society.

None Of Us Escape The Heartbreak Of Evil

Regardless of our faith, we all share the same kinds of joy, grief, benefits, and dangers of it. Until it's all over and the author and finisher of our faith has returned to end it, providing a new heaven and a new earth to all who have believed in Him.

Until then, if you're a Christian believer, continue to do what you do to change hearts and lives for the better, one at a time.

In the meantime, keep this in mind: [Mat 5:45 ".... for He causes His sun to rise on the evil and the good, and sends rain on the righteous and the unrighteous."]

Keep the faith, while keeping a watchful eye on the dangers we live in.

They get us too.