Don't Say Gay Bill Only Exists In The Mind Of Deviates

It's very telling how this plays out.

Especially since there is no such thing as a 'Don't Say Gay' bill in Florida.

The bill that is being lambasted is one that prohibits teachers, in public schools, from teaching about sexual orientation or gender reassignment. 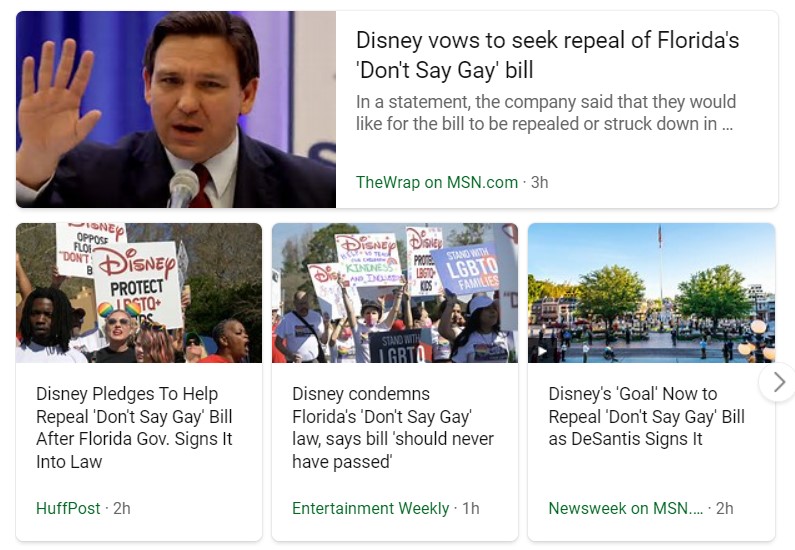 What we see here is a bunch of deviates, and friends of deviates protesting something that doesn't exist, because they can't stand the thought of their perverted sexual preference not being pushed in the face of grade-school age kids.

The bill in question does not contain the phrase "Don't say gay" anywhere.

It doesn't prohibit the use of the phrase, or any other, by students.

It doesn't prohibit discussions about subjects pertaining to LGBTQ+ whatever issues.

It just prohibits teachers from teaching any of that as a subject to young grade school age kids.

That would include anything about being straight, as it pertains to sexuality.

Meaning teachers are expected to teach their grade school students about basic math, history, English, grammar, spelling, you know, what students should be learning in school.

Grade schools are not the place for teaching our kids about sexual orientation, or gender identity.

At this point, it would be beneficial for that to become criminal in nature across the U.S., wherever it is attempted.

But no, now in America, with deviance being redefined as 'normal', we all have reason to dig into every school board, individual school curriculum, and individual teachers, pertaining to what our small children are being taught.