Appendix Carry For People Who Hate It

Obviously, concealed carry is a big topic of discussion today. And appendix carry, within that catagory, is more controversial than any others.

So What Is Appendix Carry?

Appendix carry is that unique positioning of an inside the waistband holster in which the muzzle of your gun is pointed at your crotch/femeral artery area.

Neither of those aim points presents a comforting mental picture.

Many appendix carry enthusiasts believe they carry some kind of superiority.

At this point, some appendix carry enthusiasts with puffed out chests will be throwing insults at their screen.

"He don't know good pistol safety. If he did, he wouldn't be afraid to carry appendix."

"He don't know how to appendix carry."

"If he knew how to handle a pistol, he'd be able to appendix carry."

Yeah, well, I know how 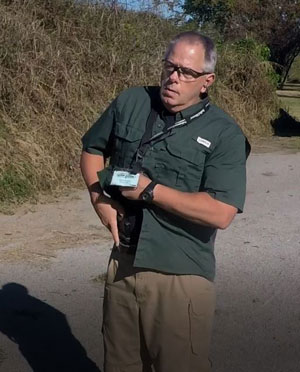 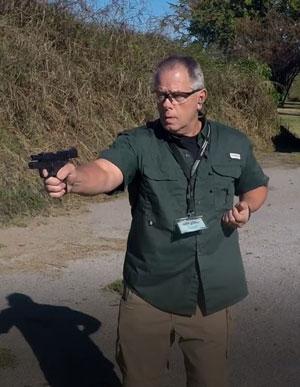 I just don't like it. And not liking it, is a long way from all the nonsense thrown at me or anybody who doesn't like it.

Well, I don't actually put myself in the appendix carry for fat guys catagory, but the reality is, I was born 'thick'.

So, appendix carry doesn't fit me as well as some of the slim, ultra-trained, fast-draw experts you see on YouTube. There is definitely an advantageous body type to maximizing the benefits of appendix carry.

Appendix Carry Sitting Down In A Car, Or Chair, Or Church Pew

Yeah, for those of us who hate appendix position concealed carry, it's likely nothing plays more into that than appendix carrying while sitting down.

Feeling the muzzle of that ready-to-fire pistol pressing into our femeral artery is not exactly confidence inspiring.

Appendix carry sitting down illustrates the worst mental images of what it means if the gun is discharged in that position.

The mental image of what a gun being appendix carried is pointed at, with the possibility of the gun being negligently fired in that area, just has never left the frontal lobe of my brain.

Here's How People Afraid To Appendix Carry Can Do It - Comfortably

Now, we come to the good part.

The part where I talk about scenarios where I now WILL appendix carry, even though it's not my favorite way.

Because I do have to acknowledge that for inside the waistband carry, there is no faster position to access a handgun from. Yeah, see, I admit it.

So, while in acknowledging my errant humanity, and my inescapable mental images, I have found a way to carry a handgun in the appendix position, without the inherent risk of doing it with a semi-automatic handgun.

This is a narrow method of carry and gear, that is for when I am not going to be in very crowded locations, and in which my main concern would be for personal, up close self defense.

Appendix Carry With A Revolver 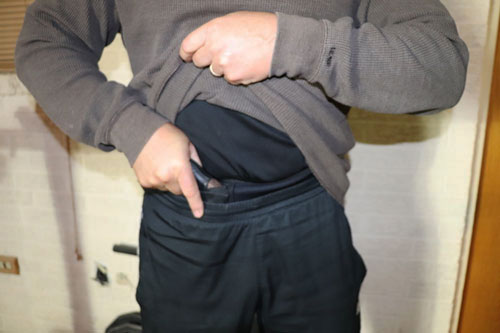 A small revolver that can pack a serious punch in .357 magnum, or less powerful, but still effective, .38 special +p, will give you serious close range protection.

And put it in a position to access it fast, if the unthinkable took place. A revolver can be appendix carried in a leather holster, kydex, belly band, or sticky holster.

It's in a sticky holster in the picture below. 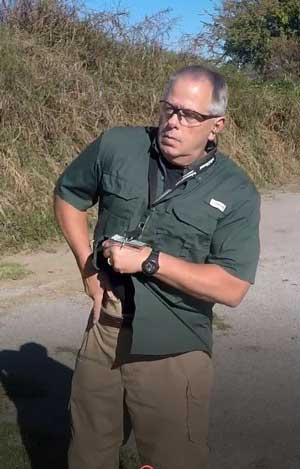 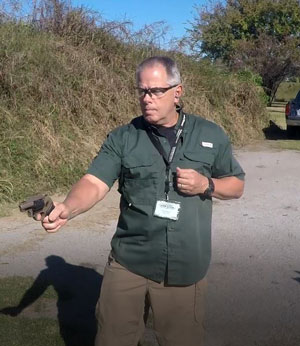 No doubt about it. When you watch accomplished shooters who practice and use appendix carry, they are the fastest of the fast, getting that defensive handgun out of the holster and on target.

The appendix carry position puts the gun in the most natural and accessible place to access a gun and get it out of the holster in the least amount of time.

No reason to disparage this method of concealed carry for those who are able to practice it extensively, and demonstrate its real use regularly.

While the rest of us watch in envy imagining ourselves drawing that fast from a hip position.

So, I'm all for people who are comfortable, and proficient with appendix carry with a semi-auto pistol. I want them (you) to keep showing the rest of us how it's done, and keep getting better and better with it.

For those, like me, who can't stand it with a semi-auto, a small revolver for a.c.  is a very real, and workable solution, that shouldn't leave you with the mental image of lost ..... well....