I've seen the report about the armed guy with a bullet proof vest going into a Wal Mart Neighborhood Market several times this morning. So I went to the Springfield Police Department's Facebook page to see how people are responding.

While the response was clearly in favor of the private citizen that held him at gun point, and the police response, what's hard to get my mind wrapped around was the significant number of people complaining because this guy's "rights" were violated. 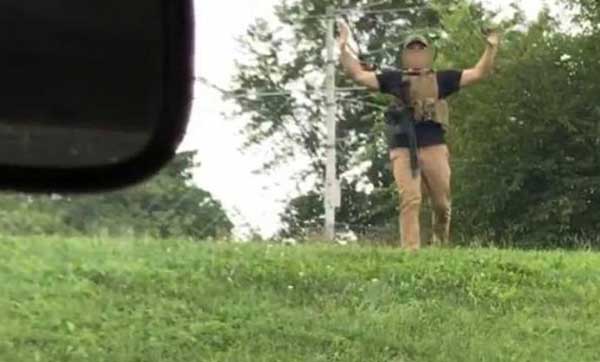 We Can't Disregard the Rights Of People To Not Be Terrorized

I guess some hard-core gun owners think if he didn't open fire, just doing nothing is the only acceptable course of action. Behavior be damned.

Just let him do what he wants because he owns a gun. He has "rights" you know.

I suppose the mindset of rabid Second Amendment defenders, who don't think past that one point of freedom, is that unless someone is currently in the act of killing people, nobody should bother them.

Regardless of their appearance, possessions, and behavior.

What that has gotten us is lots of dead people in clubs, shopping centers, concerts, colleges, grade schools, and churches.

So, What Could Have Caused Terror??? 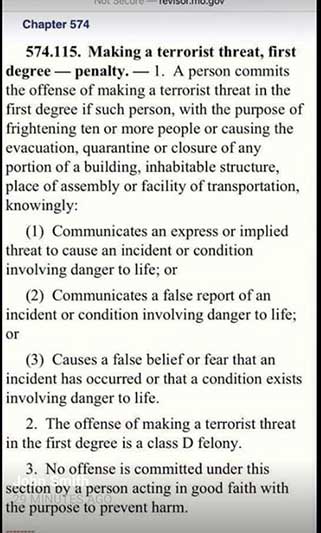 Nobody who knows me doesn't know how determined as a gun owner and self defense advocate I am. But let's see ....

Last weekend, at a Wal Mart in El Paso, TX, over 20 people shot and killed by a heavily armed gunman. That's most of what we've heard about all week on national news.

So, this guy in Missouri drives in to a Wal Mart Neighborhood Market, puts on his bullet proof vest, pulls his loaded weapons and extra ammo together and walks in.

So, for any of you reading this, who go armed every day:

What would you do if you were in that store and saw him coming?

The restraint of the citizen that held him at gunpoint is impressive.

The Reality Of Being A Fool With Firearms

The good fortune of the guy causing all this chaos, is that he didn't end up on the ground, bleeding out.

Whatever our rights are in this country, stupidity in the expression of those rights could get us killed.

And the blame would not rest on the violation of our rights.

It would not rest with the police arriving, adrenaline filled, concerned about their lives and the lives of fellow officers and others in the immediate area.

It would not rest on the action of any armed citizens.

It would rest solidly on the stupidity of doing something that exhibits a clear threat to peoples' lives. Regardless of what the actual intent was.